Last Thursday's Tartan Turban Secret Reading Series was an incredibly special evening of stories, poems, and discussions about Toronto and its diverse range of neighbourhoods and people. Thankfully, the wonderful night was recorded for posterity by online television channel Tag TV. Thanks to Koom Kankesan and all the organization for the invitation to take part. I had a blast.

Posted by Mark Sampson at 2:24 AM No comments: 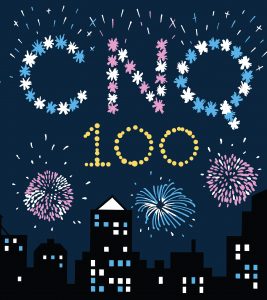 And I'm in it - twice! Yes indeedy, I've got not one but two articles in the 100th issue of Canadian Notes & Queries. One is a feature-length article called "Will Anyone Care? Archiving in the Digital Age," which I talk about my own obsessive habits for preserving my work, interview other authors about their approaches to archiving, and walk readers through the more technical side of valuing and preserving authors' digital materials at the Thomas Fisher Library at the University of Toronto.

The second piece is a review of a debut short story collection called Life on Mars, by Lori McNulty. It's one of the weirder books I've read in a while, but McNulty shows a great deal of range in this pieces and I'm sure there's something to love in there for everybody. Hers is definitely a name to watch on the CanLit scene.

There are lots of other interested pieces in this issue as well. There's an excerpt from Nick Mount's new book on the CanLit boom from the late 1950s to the mid 1970s, called Arrival (I'm reading the book right now for review somewhere else); James Polk looks back at the history of House of Anansi Press; and Robert Wringham writes about his desire to win the Stephen Leacock Medal for Humour (something I can relate to A GREAT DEAL!).

Anyway, it looks like another stellar issue, and I want to extend my fondest congrats to CNQ for hitting this impressive milestone. Here's to a hundred more! 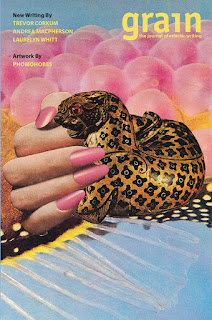 So I was very excited to receive my contributor's copies of the new issue of Grain magazine, which contains my poem "A Consortium of 26 Lien Lenders," a piece from my (very slowly) amassing new poetry manuscript. The issue also contains work from a number of other familiar names, including Nancy Jo Cullen and Trevor Corkum.

Astute readers may notice a slight error on the poem's page itself: the "26" is missing from the title. (Also, oddly, the poem's listing in the table of contents is not in title case.) The full title of the poem is "A Consortium of 26 Lien Lenders." No biggie, and I'm certainly stoked to finally be published in a journal I've been submitting to for many years. The issue is on better newsstands everywhere, so go check it out!

So I've a couple of late-breaking Toronto appearances happening over the next couple of weeks to let you know about. Check them out:

If you're able to make it out to either (or both!) of these events, it would be great to see you.

A tough but fair review of The Slip ... ... appeared in The Winnipeg Review last week, which I found during a fit of self-Googling during my lunch hour today. As outlined in the piece, reviewer Keith Cadieux struggled with the fact that protagonist Philip Sharpe spends the vast majority of the novel in ignorance over the true nature of his "slip" on live TV - a perfectly valid opinion to hold about a premise that, by its own admission, stretches the boundaries of plausibility. (Cadieux also took exception to the narrative's admission to this implausibility.) He found the opening scene, i.e. the initial argument between Philip and his wife Grace, "fairly generic," and he also found the novel's ending to be "a series of neat resolutions."

But he also had lots of nice things to say, too. He loved the flashback to Philip's childhood growing up in a downmarket pub in Charlottetown; he appreciated the flashback to Philip and Grace's honeymoon, where he rejects her suggestion that they have a foursome with another couple they meet; and he got a hoot out of scene where Philip loses yet another Remembrance Day poppy while getting chewed out by the dean about his "slip."

Anyway, these sort of mixed reviews just come with the territory of putting a book out into the public sphere, and as always I'm grateful that work of mine gets any attention at all. Props to Cadieux for taking the time and the space to reviewing The Slip, and to The Winnipeg Review for running it.
Posted by Mark Sampson at 5:33 PM 2 comments: