My Quill and Quire review of Swing in the House, by Anita Anand ... 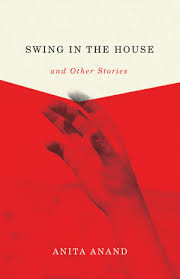 ... is now up on the Q&Q website. I was really hoping to like this debut collection of stories, but unfortunately I had to give it one of the tougher rides I've given a book. Lord knows there's a great deal of pressure on first-time writers to get something into print, and I always come at these kinds of harsh reviews with a tremendous amount of sympathy for what worked and what didn't. But I do encourage readers to check out other opinions than mine on this one. You can read The National Post's review of the book from last month, and watch this video interview with Anand on Canada.com.
Posted by Mark Sampson at 1:13 PM No comments:

Review: Vanessa and Her Sister, by Priya Parmar 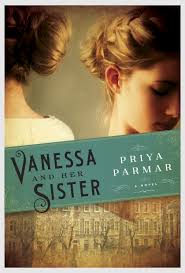 Virginia Woolf was, by most accounts, a terrible human being. Deeply classist, profoundly paranoid, unflaggingly envious of others’ success, she had a tendency to alienate those around her, including – perhaps especially – those she was closest to. Posterity has forgiven Ms. Woolf her proclivities, partly because she left us some of the most durable and dynamic works of modernist fiction, and partly because we now know that she suffered from a raft of debilitating mental illnesses, which culminated with her suicide by drowning in 1941.

There has been much documentation of Ms. Woolf’s life in the years since, as well as the lives of other members of the Bloomsbury Group, of which she was a pivotal member. So this makes Priya Parmar’s new novel, Vanessa and Her Sister, a daring act of literature: to map out, via fiction, the emotional world of characters whose real-life counterparts have already been captured so thoroughly – both by themselves (Woolf in particular was a voluminous writer of letters and journal entries) and by literary historians. Parmar places much of the weight of her narrative on Woolf’s sister, the artist Vanessa Bell, as she details the emergence of the Bloomsbury Group in the years 1905 to 1912. Yet the novel also takes a scrapbook approach, incorporating everything from train ticket stubs to telegrams exchanged between journalist and fellow Bloomsbury member Lytton Strachey and Leonard Woolf, the man who would return to England from his position in the foreign service in Ceylon (now Sri Lanka) to marry Virginia.

But Vanessa is a sly and engaging protagonist here, a kind of Virgil leading us through the off-kilter dynamics of her relationship to her sister as well as the other artists and intellectuals they surround themselves with. We get a wonderful portrait of the rise and deterioration of her marriage to the art critic Clive Bell; of his intense love interest in Virginia; of novelist E.M. (Morgan) Forster, whose success came early and often, much to Virginia’s chagrin; and of the dynamic between Lytton and Clive, which culminates with the former’s petitioning of Leonard Woolf to come home and marry Virginia.

Parmar is adept at revealing the small details that bring these historical figures to life. She shows Vanessa as cagey with her heart as she navigates the men in her life. She portrays Virginia as aloof, brilliant and unfailingly observant of every small human interaction. The prose here is vigorous and authentic, with turns of phrase that we can imagine the Bloomsbury Group actually saying. The book is incredibly well-researched and yet does not feel bogged down by the weight of this lived history.

Yet, as Vanessa and Her Sister went on, I did begin to wonder what was at stake for these characters. The answer, eventually, seemed to be whether or not Leonard would return home to marry Virginia. It was an odd place for Parmar to rest so much of this novel’s tension, since we already knew going in what the answer was. I also felt that the novel ended rather abruptly. Why did Parmar choose to cut off her story in 1912? In this sense, the sudden, jarring end made the book feel like a mere prequel to Michael Cunningham’s excellent novel The Hours.

Despite all this, Vanessa and Her Sister was a compelling read and I could not put it down. Parmar shows an uncanny talent for capturing both the deep, contradictory nature of her characters’ inner worlds and the external events of history. This novel is a welcome addition to the canon of work exploring the British modernist period.
Posted by Mark Sampson at 11:54 AM No comments: