The Secrets Men Keep gets its first Canadian review 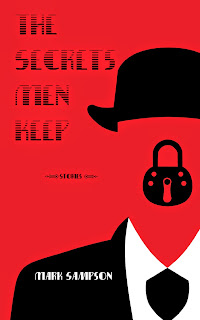 I'm so elated (and a little relieved) that my short story collection, The Secrets Men Keep, received its first Canadian review today, over on the literary journal Malahat Review's website. I was getting a touch nervous - the book was released back in mid April - as the room to publish proper reviews continues to shrink. Thankfully, writer Colin Loughran does a thorough, thoughtful job probing the themes and ideas captured in these thirteen stories, and makes some lovely observations about the book's prose as well.

Here's a taste of what he has to say:

What’s on display in many of these stories is not only the quiet lives of desperation of these men, but also the dreadful personal and social consequences of clinging to fantasies of virility. In “Snoop,” a man carries on a petty, one-sided rivalry with a former lover—first via an alumni magazine and later by way of social media—that serves to expose his own deep-seated loneliness. And “Malware” shows us a nightmarish parody of the men’s rights movement, in which young men play a videogame called “Rape Her Now!” and participate in a “Take Back the Night counterdemonstration” dressed as a character from A Clockwork Orange and bearing slogans that read “NO MEANS buy her aNOther drink.”

The secrets men keep are often small ones in the grand scheme of things, yet these stories feel timely in how they engage with our contemporary crisis of masculinity.


Anything, thanks again to Loughran and The Malahat Review for the time and the effort. Read the full review here. 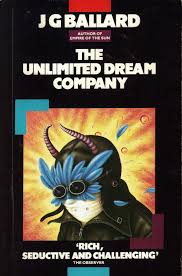 There is, at last, very little to say about this 1979 novel by British science fiction writer J.G. Ballard. It’s one of those books where the back-cover blurb does most of the work for us, which is to say that there isn’t much that happens beyond the blurb worth talking about. The “story” involves a roguish 25-year-old named Blake who steals a small plane from an airfield in London and crashes it into the Thames near the town of Shepperton (which is more of a suburb of London, and the place where Ballard himself lived in a semi-detached for nearly 50 years). The crash precipitates a (very) prolonged dreamlike sequence in which strange flora and fauna begin appearing around the town, its citizens start partaking in all manner of strange sexual rituals, and Blake himself falls for a young doctor named Miriam St. Cloud.

The book is made up almost entirely of long, flowery descriptions by Blake of these dreamlike visions, and we're soon treated to Blake rabidly masturbating over everything as he strolls Shepperton’s streets and fantasizes about raping children and having sex with animals. All the while, he is haunted by the notion of how long he had stayed submerged in his crashed plane before being rescued, and whether there was somebody else hidden away in the cockpit with him at the time. Blake dwells, inexplicably, on the bruises left on his chest from the CPR that revived him, as if they might lend a clue to the mysteries behind his near-death experience.

This book was obviously written in the wake of Ballard’s break-out novel Crash (turned, in the 1990s, into a disturbing film by Canadian director David Cronenberg). But unlike Crash, The Unlimited Dream Company is provocative without being particularly interesting, and there is nothing here for a discerning reader to hang his hat on. The sexual deviance captured on its pages rings hollow and lacks the evocative imagery that Ballard was able to create in his earlier, more successful book. I’m still trying to be a fan of this writer’s work, but this tome wants to steer me in the other direction.
Posted by Mark Sampson at 1:57 PM No comments:

Reminder: Reading next week at the Kingston Writersfest

So just a friendly reminder that I'll be in Kingston, Ontario next week to read at the Kingston Writersfest and promote my new short story collection, The Secrets Men Keep. Next Friday I'll be sharing a stage with Priscila Uppal and Mark Anthony Jarman as we take part in a panel discussion called "Explore/Experiment/Invent: Short Fiction." It's on Friday, September 25th from 4:30 to 5:30 in the Bellevue Room at the Holiday Inn Kingston Waterfront. For more details, see this page on the festival's website. If you're in the Kingston area, come on out for what I'm sure will great readings and a lively discussion about short stories.

Posted by Mark Sampson at 2:50 AM No comments:

Review: The Bell and Jackson’s Dilemma, by Iris Murdoch

I was keen to get back to some Iris Murdoch over my summer vacation this year (a nice long trip home to PEI, which explains, if explanations are needed, why I haven’t updated the blog in nearly a month), as I’ve loved other books I’ve read of hers, and figured she would make for great holiday reading. I picked up The Bell and Jackson’s Dilemma more or less at random, not knowing what to expect beyond Murdoch’s penchant for off-kilter love entanglements and deep philosophical/moral cores in her books.

Both novels were, in a way, a disappointment. The Bell (1958) is by far the better of the two books: it was dull and hard to follow for about the first third, before it miraculously pivoted during a two-and-a-half-page section and became engrossing. It tells the story of a religious community ensconced around an Anglican abbey in rural England and the motley assemblage of characters involved with it. Its protagonist is the adulterous wife Dora Greenfield, who reluctantly returns to her lout of a husband, an art historian, just as he needs to travel to the abbey on a research project. We meet other characters in the process: Michael, the closeted homosexual who makes a pass at young Toby, who in turns has a brief and torrent tryst with Dora while in the community; the alcoholic Nick and his nun-to-be sister, Catherine.

The thematic landscape of The Bell is clear. We have a crew of deeply flawed and even immoral characters piously parading around a religious commune and getting into all manner of mischief. The image of the abbey’s bell – a new instalment aiming to bring much-needed attention to the church, and its competition with an older bell submerged in a nearby lake – is as an effective symbol of sire-call morality as anything. Despite its dry and often predictable turns, this novel was enough to keep my attention at a crowded beach.

I could not say the same thing about Jackson’s Dilemma, which I didn’t even get to until vacation was over. Published in 1995, just a few years before Murdoch’s death from Alzheimer’s, it is a rat’s nest of poor planning and weak prose. It’s basically about a woman named Marion and how she came to abandon her fiancé Edward at the alter. The key to this “mystery” is a needlessly complex tangle involving Edward’s servant Jackson, a former lover of Marion’s from Australia, and a bottle of wine that has been tainted by what is essentially a date-rape drug. (Murdoch makes no commentary on its use. There is even a unintentionally comic scene in which Jackson accidentally drinks some of the dregs of this tainted wine.)

The machinations of the plot bring about an array of cringe-worthy melodrama and twists and turns that even the most tolerant reader will find dull. Jackson’s Dilemma contains virtually no tension; the characters are drawn with the most ungenerous flicks of the wrist; and the ending, such as it is, just kind of peters out. It’s a shame, since this was Murdoch’s last published novel before her death, and is an embarrassingly bad capper on an otherwise extraordinary literary career.
Posted by Mark Sampson at 4:30 AM No comments: