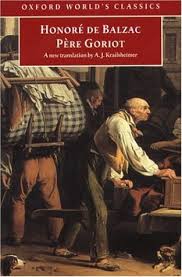 Social climbers are a fascinating and appalling phenomenon to watch. As a (somewhat) writer living in the (somewhat) literary city of Toronto, I have witnessed my fair share of this curious practice while whiling away hours in the mostly warm and welcoming author community that exists here. There was the time last autumn when, attending an industry event at the behest of my publisher, I encountered a go-getting thirtysomething woman, a well-known novelist and book reviewer, who took one look at my name tag and said, “Oh sorry, I just wanted to see if you were someone worth talking to.” I’ve people-watched people who know how to work the room at the Press Club. I’ve witnessed those who come to their fellow authors’ book launches for the sole purpose of networking. I’ve, erm, received many a “conversation” from writers (mostly working in the less attention-attracting genres of poetry and short stories) for whom it would never occur to talk about anything other than themselves and their own writing. For the express careerist, social climbing appears to be a kind of corporate due diligence, but I always wonder what the long-term personal consequences might be of treating people like rungs on a ladder. Sadly, I think the answer is often none.

So it’s great that we have fiction to posit a variety of what-ifs. The 19th-century French writer Honoré de Balzac, despite his mind-boggling prolificacy (he published some 20 novels in the period 1832-35 alone), still managed to be a regular and observant presence in the Parisian social scene. He seems to have channeled his take on the mores and vicissitudes of networking into his 1835 novel Père Goriot, the stand-out work in his colossal, multi-volume magnum opus La Comédie humaine. Père Goriot is a sardonic, biting take on social climbing, with a cast of characters who cover the gamut on the moral spectrum. One passage in particular, spoken by the wise Madame de Beauséant, captures the landscape of this fiction well, and may hit a cord for anyone who has encountered the nose-in-the-air types at a literary event:

There are women who love the man someone else has chosen, just as there are poor middle-class women who hope to acquire our manners by copying our hats. You will be very successful. In Paris success is everything, it is the key to power. If women believe you to have wit and talent, so will men, unless you disillusion them. Then you can set your heart on anything, every door will open to you. Then you will learn what the world is really like: an assembly of dupes and knaves. Don’t be counted with either.


The novel, set in 1819, has two main protagonists: the young law student Rastignac, who moves into a Paris rooming house and is anxious to climb the city’s social ladder; and the titular character, “old man” Goriot, who lives in the rooming house despite having wealth because he is financially supporting his two conniving and ungrateful daughters, Anastasie and Delphine. Rastignac is genuinely tugged in various directions on his moral compass – to stay true to himself and be a decent person, to abandon politesse altogether and do whatever it takes to succeed, or work to find some seemingly impossible chimeric middle ground between the two.

The plights of both men are very much wrapped up in the successes and excesses of a capitalistic, perception-obsessed society. How much you make and how you are viewed by society are clearly paramount. Rastignac’s inner commitments strike a cord that sound both idealistically hopeful and breathtakingly naïve:

Doesn’t it mean agreeing to be a lackey of those who have already done their lying, bowing, crawling? Before becoming their accomplice you must first be their servant. Very well, I say no! I want to work  with honour, with integrity! I want to work day and night, owing my success solely to my own efforts. Success will come very slowly that way, but every day I will be able to lay on my pillow with a clear conscience.


Of course, there is a devil sitting on Rastignac’s shoulder for much of the novel, and it takes the form of the cynical and manipulative escaped convict Vautrin. A recurrent character in La Comédie humaine, Vautrin speaks pristinely evil maxims into Rastignac’s ear as the young man attempts to navigate his own path through the frustrations of social-climbing and success in Paris. “There are no such things as principles, only events; no laws, only circumstances,” Vautrin tells him. “Your exceptional man adjusts to events and circumstances in order to control them. If there really were fixed principles and fixed laws, nations would not keep changing them as we change our shirts.” Vautrin has a plan to help Rastignac achieve success, one that involves subterfuge and murder.

So what are the consequences of treating people like stepping stones? Old man Goriot becomes the very embodiment of that victimhood. He is like the angel on Rastignac’s shoulder, supportive of the young man’s extracurricular interest in Delphine. But Goriot is clearly being played by his two daughters and their cruel husbands, and when he finds out that Anastasie has sold the family jewels in order to pay the debts of her lover, Goriot suffers a massive stroke out of his grief.

In what must be one of the most harrowing death scenes in literature, Goriot lies on his deathbed pleading for his daughters to come visit him, but they refuse. The realization that he has been exploited and taken advantage of is truly crushing, and the old man eventually dies without seeing his girls again, and is buried in a pauper’s grave with his funeral attended by only Rastignac, a servant, and two paid mourners.

In Père Goriot, Balzac is able to twine his themes of ambition, desire, social mores and deception effectively. There is enough intrigue involving the on-the-lam rogue Vautrin, but the novel’s true power comes from its exploration of what damage can be wrought when we put social success ahead of all else.
Posted by Mark Sampson at 3:20 AM No comments: