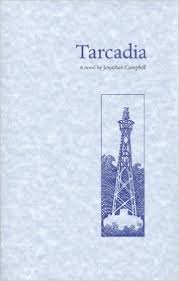 I first learned of Tarcadia after reading and reviewing an anthology that its publisher, Gaspereau Press, put out in 2007, which included an excerpt from Campbell’s novel. His was one of the stand-out pieces in that collection, and so I jumped at the chance to buy his book when I found it in a used bookshop in Charlottetown while home on vacation last summer.

Before I praise Campbell’s writing further – and there is much to praise about it– I do want to get one negative comment out of the way first. This novel suffers from what I have come to call “drowned brother syndrome”, a trope that keeps cropping up in numerous works of Canadian fiction. It has become a running gag in our household whenever I discover yet another Canadian novel that uses a beloved brother drowning in a lake, or a river, or the ocean, as a kind of quick-and-dirty shorthand to imbue one’s protagonist with an air of tragedy. To his credit, Campbell creates a unique twist on this trope by the end of his book, but I nonetheless groaned after reading Tarcadia’s opening sentence.

Now. Despite the dour presence of this “drowned brother” premise – and it is present throughout the narrative, as Campbell chooses to tip his hand on the first page and then work backwards from there – what we find in his prose are sentences that hum with both keen observations and startling humour. The story, set in Sydney, Cape Breton in 1974, details the life of 13-year-old Michael and his older brother Sid, who build a raft out of scraps they find around Sydney harbour and use it to sail around that town’s polluted tar ponds. This crafty invention provides the boys with a much needed refuge from the various trials of life: their parents’ crumbling marriage, looming concerns over their own academic performance at school, and the precarious economic outlook of Cape Breton itself.

The literary allusion here is obvious: this is an homage to Huckleberry Finn, the protagonist of which builds his own raft in order to hide away from some difficult truths emanating from the adult world. But Campbell’s book is also uniquely Cape Breton in its focus, uniquely Sydney. My own father’s side of the family is from there and I made annual visits to the place as a child, so I’m well aware of the details Campbell captures of its culture and its struggles. The steel plant, coal mines, and other sources of industrial wealth can both give and take away; and the families who choose to stay there must live in acceptance of the region’s economic vicissitudes. This is the biggest metaphor in Tarcadia: Michael and Sid’s raft is cobbled together by what the place throws away. “Salvage rights” is a term that crops up numerous times in the story, and it could be a summation of Sydney. It could be an alternative title for this novel.

What sometimes feels missing from Tarcadia, however, is a solid plot. Beyond the framing structure of the “drowned brother” incident, there isn’t really a cohesive narrative arc that holds the book together. Consequently we get what seems like a very episodic story, with the episodes varying in degrees of quirkiness. There is a scene in which the family’s kitchen table collapses right at the start of Christmas dinner, acting as a harbinger of doom. There’s a car accident that nearly kills a young girl. There’s that time Sid went away to cadet camp and came back with stories to tell.

Thankfully, Campbell’s writing is so lively, so fresh and humorous, that we never find ourselves bored even as these narrative installments don’t quite cohere. For a book that reveals its main plot point on the first page, Tarcadia comes with a surprising amount of tension. What’s more, you will no doubt want to live vicarious through the boys’ many sails across the tar ponds as they seek out a life of adventure for themselves.
Posted by Mark Sampson at 2:55 AM No comments: 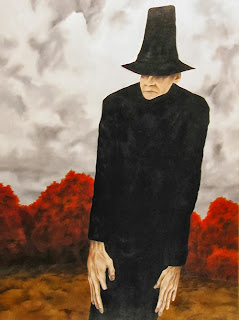 So I'm very chuffed to announce that I've got a piece included in the Winter 2016 edition of The Puritan literary journal, published earlier today. Specifically, it's a lengthy book review of three new-ish titles, all centred around the functions and disfunction's of sleep: Sleep, by Nino Ricci, Bright Eyed, by R.M. Vaughan, and Assembling the Morrow, by Sandra Huber. The first is a novel, the second is a book-length personal essay, and the third is a hybrid scholarly tract and book of poetry.

The issue is also jam-packed with a number of great writers, including Shane Neilson, Emily Shultz, Matthew J. Trafford, and others. I'm really looking forward to tucking into this one, and I hope you are as well.

Posted by Mark Sampson at 12:21 PM No comments: 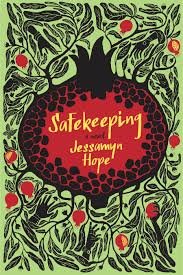 Never underestimate the allure of symbolism, the gravitational tug of a good analogical image. This is our chief takeaway from Jessamyn Hope’s debut novel Safekeeping, a book steeped in Judaism, a religion and culture deeply reliant on the symbolic, on age-old images.

Hope actually employs two emblematic devices in her story: the first is a kibbutz called Sadot Hadar, where the majority of Safekeeping is set. Hope frames her kibbutz as a symbol for, and miniaturized parallel of, the state of Israel itself. Sadot Hadar has survived for decades as a socialist commune in the truest sense, but one, like Israel itself, under constant threat from the forces of change.

The second symbol is a centuries-old brooch, brought to the kibbutz in 1994 by a drug addict from New York City named Adam. The brooch in his possession is ancient and gorgeously crafted, and is probably meant to represent Jewish culture as a whole. Adam has come to Sadot Hadar for the sort of reason that only makes sense in overly self-conscious “literary” fiction: he wants to deliver this brooch, which belonged to his now-dead grandfather, to a woman named Dagmar, an old flame that his grandfather had on the kibbutz in the 1940s. The fact that she will show no interest in taking the brooch from Adam proves to be no deterrent, as this gesture will hold the key to his much-needed redemption.

Along the way, Hope introduces us to a passing cast of supporting characters: Ulya, a citizen of the recently dismantled Soviet Union looking to escape to America; Ofir, the aspiring musician turned Israeli soldier who is wounded in a terrorist attack on a bus; Claudette, the Catholic from Canada who has found herself mixed up in life on the kibbutz; and Ziva, the wise old woman who holds the secret to Adam’s desperate, intercontinental endeavour.

Safekeeping’s biggest strength is its meticulous research and keen eye toward describing life on a kibbutz. Hope has obviously immersed herself in the finer details of this culture, and she writes about them with confidence and passion. She has also done a superb job of rendering the zeitgeist of 1994: the internet and cellular telephones are barely a presence; people listen to Walkmans (though perhaps “Discman” would have been better); and the image of Rabin and Arafat shaking hands on the White House lawn is a recurrent one. As well, the character of Adam, despite his lack of a plausible motivation, is deeply compelling. His love for his grandfather and his need to salvage some hope for his life is palpable in every scene he’s in.

The other characters, unfortunately, are not nearly as well drawn. I felt throughout the book a certain distance from Claudette and Ofir and the others, as if their emotional worlds were not nearly as accessible. This was a strange feeling, considering there were times when Safekeeping felt desperately overwritten, as if too much character detail was included that didn’t quite cohere to the grander structure of the novel. Each member of the cast of supporting characters felt, to a certain degree, in a state of desperation (and what is the state of Israel, really, except a state in a constant state of desperation), but it just felt like Adam’s situation was privileged over the others.

Still, there’s much to love about this well-crafted novel. Safekeeping skirts right up to the border of sentimentality without crossing over it. And the highly symbolic motifs – the brooch, the kibbutz, the Holocaust, Israel itself – never feel too obvious, and work really well together. For those interested in Jewish, and especially kibbutz, culture, this book will prove, for the most part, a satisfying read.
Posted by Mark Sampson at 3:10 AM No comments: