My Quill and Quire review of The Green Hotel, by Jesse Gilmour ... 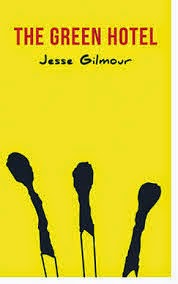 ... is now posted to the Q&Q website. Jesse Gilmour is the son of novelist David Gilmour, and The Green Hotel is his debut novel. Actually, it's a novella, as this book clocks in at just 120 pages. And while I did find the first 30 or 35 pages really spun their wheels - a high proportion, considering how short the book is - things do pick up after that and this tale turns into a taut, gripping one about a son's complicated relationship with his dad. A daring debut to say the least.

Yesterday held some mixed emotions as I received my contributor's copy of issue 29 of Front&Centre magazine, which contains my short story "In the Middle." Happiness, obviously, over having the story out in the world. (As you may recall, the journal accepted the piece almost exactly a year ago.) But sadness, too, to read editor Matthew Firth's editorial and hear that he is shutting down the journal: the next issue, #30, will be its last.

Front&Centre has been around for nearly 15 years and has published a number of "dirty realism" authors that I've admired. I myself had a couple of rejections from them, including a near-miss for my short story "Itaewon" (It made the penultimate cut.) So I'm very glad to have "In the Middle," a story about a Toronto hit man who travels to Quebec City for a meeting with a two-bit rube from PEI, included in its pages. Anyway, go pick up a copy while you still can. And yes, both "In the Middle" and "Itaewon" are included in this spring's short story collection, The Secrets Men Keep. 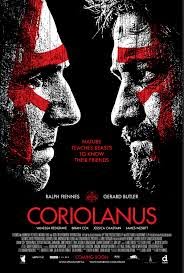 … What’s the matter, you dissentious rogues,
That, rubbing the poor itch of your opinion,
Make yourselves scabs?

These are the first lines out of the mouth of Caius Martius, the doomed anti-hero of Shakespeare’s late play, Coriolanus. This aphoristic insult is directed at a group of Rome’s plebeians, a rabble who envy and despise the soldier Martius, and who see him as a chief threat to their existence. This barb struck me as both brilliantly comic (thinking, as I was, of so many people on Twitter who I often feel need to hear these very words) and deeply caustic, summing up so much of the mood of this dark and ingenious play.

Coriolanus, which is a title Martius takes on after a particular victory on the battlefront, is called Shakespeare’s most political play. In Martius, we see a hardened, battle-scarred warrior being wheedled and browbeat by his domineering mother and various advisors to take on the role of a politician. He is ill-suited for the job, especially when he must prostrate himself in front of the loathed plebeians and their representative tribunes in Rome in order to gain their favour. Martius cannot shake the cunning from either his words or his deeds, and soon finds himself expelled from Rome and teaming up with his own sworn enemy, Aufidious of the Volscians. What ensues is a desperate mother’s plea for peace, a double cross, and, in true tragic fashion, a surprising and brutal death.

I first got interested in this play after seeing the Ralph Fiennes’ film version a few years ago, which sets the action of the story in a contemporary period. There is a deeply primal pulse to this play, a commentary on the animalistic side of masculinity and the need to strike a balance between diplomacy and one’s deepest held convictions and rages. Needless to say, it struck a number of cords for me. Now, having read the play itself, I can say without a doubt that this obscure and rarely staged Shakespeare play is my absolute favourite. Coriolanus’ inability to hold his tongue, to put on airs of compliance in front of those he despites for the greater good, and to navigate his desperately complex relationship with his mother, Volumnia, makes this play a raucous tour de force.

And for all of the story’s darkness, Shakespeare leavens many moments with wry wit and biting humour. I grew deeply invested in the relationship between Coriolanus and Meneius, his oldest and most trustworthy advisor, even as the latter’s comic alcoholism pivots much of the action towards tragedy. There are a number of delightful “near misses” in this play whereby Martius could have saved himself from disaster. And I was with him every step of the way as he made the decisions that helped to seal his fate. A riveting and deeply provocative masterpiece. Go read it if you haven’t already.
Posted by Mark Sampson at 5:39 PM No comments:

Coming on the heels of yesterday's news that a review of The Secrets Men Keep appeared in the latest issue of Publishers Weekly, I'm also stoked to see the book included in the 49th Shelf's 10 Short Story Collections You Should Be Reading This Spring. It's great to see the book included with such illustrious company, including collections by Mark Anthony Jarman, Priscila Uppal, Russell Smith, and others. Wee!
Posted by Mark Sampson at 6:10 AM No comments:

The Secrets Men Keep gets its first review! 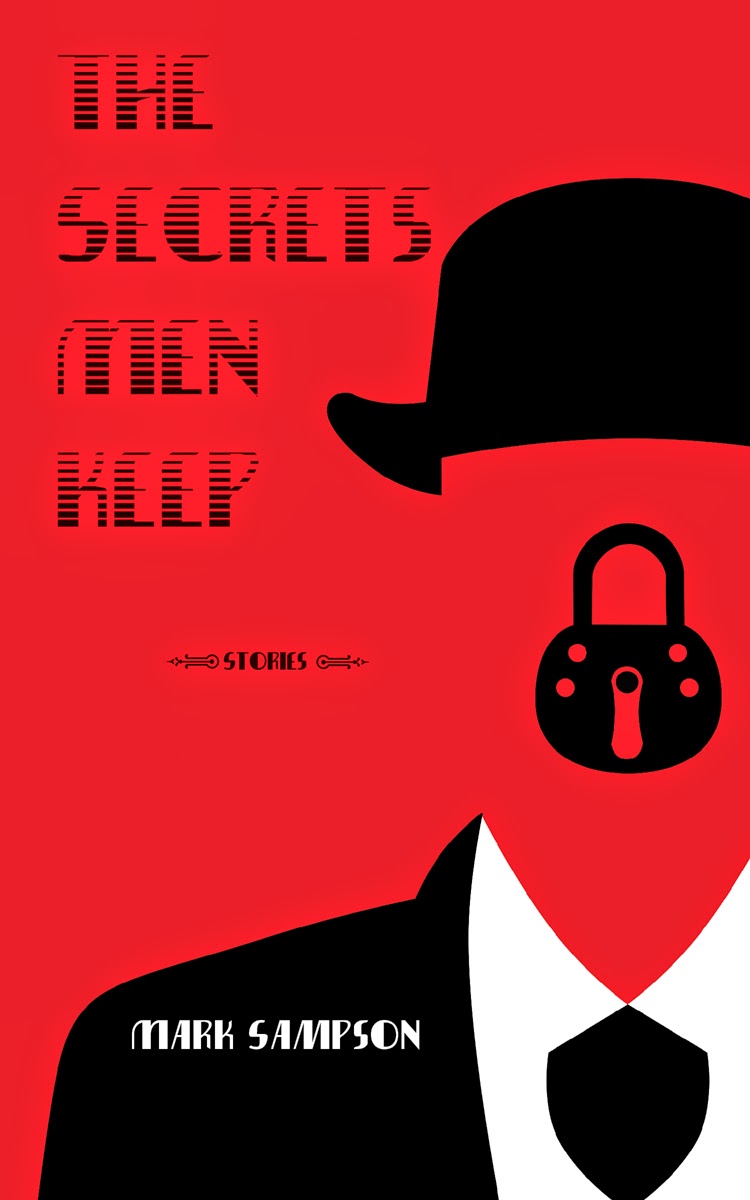 And it's a beauty! Publishers Weekly in the U.S. is out of the gate first with this lovely advance review. The writer says: "Offering sly comic pokes and affable satire, this memorable collection of 13 stories frequently highlights the significant gap between the empire-building ambitions of men and their humdrum and hemmed-in middle-management realities." Very pleased to see this here, especially since it is, ahem, the second positive review a book of mine has gotten in PW in six months. Anyway, check out the full review here.
Posted by Mark Sampson at 6:30 AM No comments: